What African Heritage Means to Me!

It’s is tragic that black history is not being encompassed into most schools across Canada.  Children need to be aware of all Canadian History which includes Black and Aboriginal people.  We have been here for Centuries and have made a huge impact.   However, our history should be acknowledged all year not just during the one month designated to African Heritage month.  It’s great to see that African Heritage month has started early this year in January according to some of the platforms I have seen on the news and on other social media pages.   This is a great move.     It is fantastic to see the continued history being made across Canada in the provinces of Nova Scotia 2016 and 2017.

I miss the stories from the Grand Mothers and the Grand Fathers which were a plethora of family history being shared at the kitchen table.   Our decedents would talk about Black and Native ancestry and how they would rise up against adversities and provide for their families. How they lived off the land and the community was family to all.   People would share and have each other backs.   These days it’s a totally different ball game.

We would hear stories about people in the black communities and how they had influenced others.   These were community mentors and role models. I was so proud of my Aunt Connie Glasgow White being the first black person to graduate from a University from The Preston area.   My father Sinclair Williams being the first Black Police Officer in Dartmouth NS- He also won a number of awards over the years. These people were and are trend setters to step out and be the first.  Dad and my mother Dolly were and is community activist as well and other community members.  They strive for the betterment within the communities and abroad.   It was all about the support of family, community, and church.

They were the motivators and initiators who would step out and make a difference.  Creating mentor-ships to help so many in our communities.  We were taught by the pillars in our communities about encouragement, self-belief, tenacity, empowerment, and initiative.  The drive which kept on drilling “don`t give up, you can do it“. Always encouraging and not discouraging us away from transitioning and new opportunities.

Thanks to the community mentors who taught me to step out and make a difference as well as the new mentors in my life.   Thank you for believing in me. 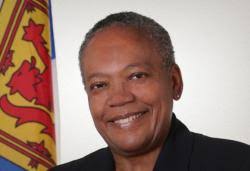 For instance Senator Wanda Thomas- Bernard – Senator and Professor at Dalhousie University from East Preston in the Province of Nova Scotia.  I admire her not because she’s family but because of what she stands for and her beliefs in making enormous changes so that we African Canadians and decedents have a voice across Canada.   Wanda is fearless and engaging when it comes to addressing racial and cultural diversity in the community, and is well respected for her work on social justice issues within the African Nova Scotia community.

Appointed also is Senator Walter Borden of New Glasgow New Glasgow. The actor, playwright and poet have received an array of awards and acknowledgements including being a member of the Order of Canada and were awarded the order of Canada in 2001.

Viola Desmond Day is celebrated in Nova Scotia  2016.    A ferry named after Viola Desmond,  as well as new Canadian  currency in her honor. 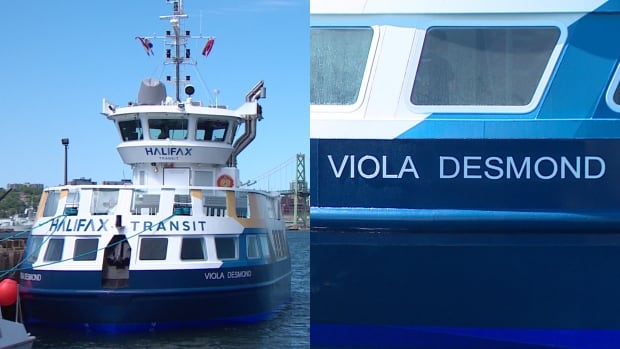 Viola Desmond, a Nova Scotia businesswoman who once refused to sit in a blacks-only section of a Nova Scotia movie theatre, will be the first woman other than a Queen or a Princess to appear on the front of a Canadian banknote. Desmond’s image will be featured on Canada’s next $10 bill, which will be issued in 2018.Dec 8, 2016

Councillor Lindell Smith is from the North End of Halifax. He has worked as a Youth Ambassador for a Crime Prevention project “Youth Opposing Gangs”. Lindell has established programming in libraries, schools and community centres promoting literacy, learning, and arts. Lindell has worked with business owners and residents to bring new hire practices for local business, and is currently working with a team of community leaders from around HRM.

Women who Made a Difference – Book

Written by Dolly Williams -Congress of Black Women of Canada